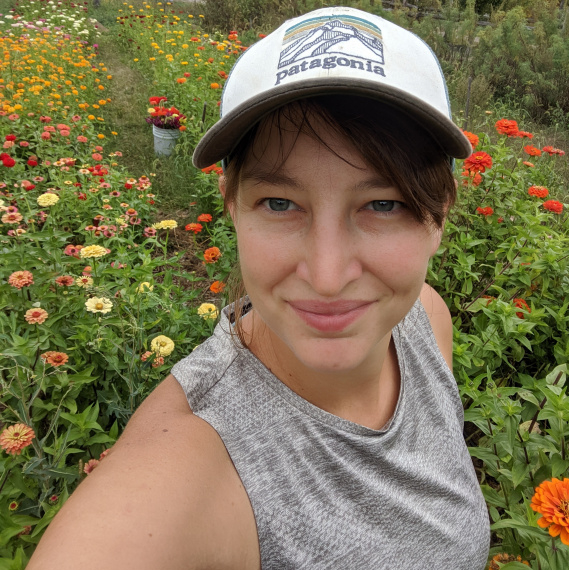 Grounded Flower Farm
City: Beverly, ,
Email Address: emily@groundedflowerfarm.com
Website: https://www.groundedflowerfarm.com/
About Us
Emily Round grew up surrounded by greenery, often spending time in her family’s garden. She always had a particular affinity towards the lilac bushes and flowers around her home. She delved further into her passion for farming at UMass Amherst where she studied Biology and Environmental Science. Here she considered working with policy and non-profits, but as she continued her education, she realized that the best way to solve issues she was passionate about like climate change, pesticide and herbicide pollution, and waste excess was to work on a local level. In addition, after taking a particularly inspiring class on permaculture gardens and plant propagation, she began to think about the importance of being outside and working in the dirt. While Emily fretted about starting her own farm— not necessarily wanting to be tied down to a single plot of land— she started to take New Entry’s farming business courses and was increasingly interested in the idea. She had been working in farming for a long time and decided it was time to make a name for herself by starting to cultivate flowers independently. Grounded Flower farm has been a difficult venture in the COVID era, but ultimately, they have been successful. Emily is glad to have contact with the community through the farm, having friends and strangers tell her that she’s an inspiring figure for doing what she loves and following her dreams.